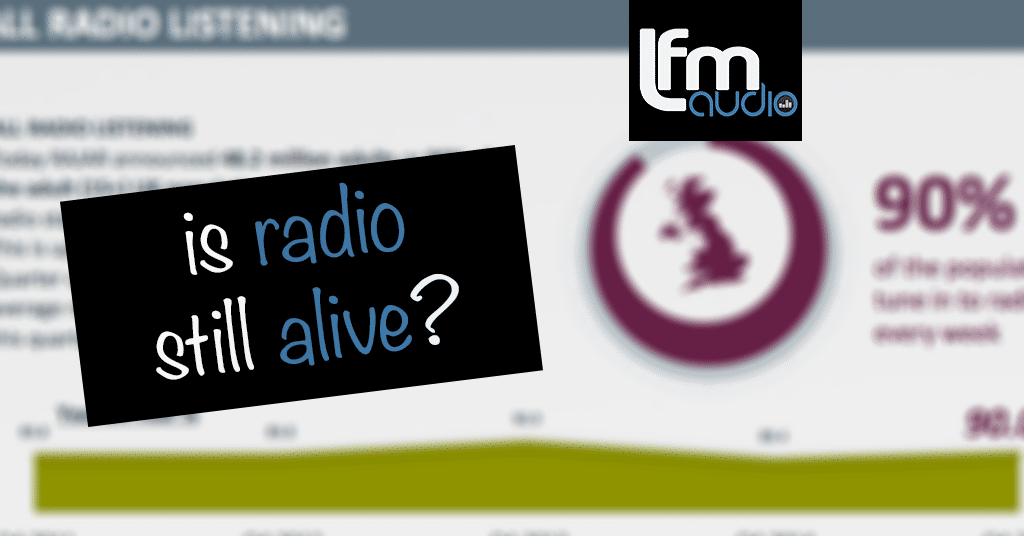 Radio is very much still alive besides what some people say!

Don’t listen to the naysayers (and there are plenty of them!) Radio isn’t dead; in fact it’s very much alive and kicking.

Don’t just take our word for it though, the latest United Kingdom RAJAR report detailing radio trends for the last quarter of 2015 has shown growth proving that radio isn’t going away any time soon.


Here are some of the highlights:

So what can be learned by this information? That radio is still a widely accessed platform for people to access music, news and entertainment. Yes the results indicate that some people are moving to digital access, but the growth in this area should be a confidence booster for any savvy producer. By hitting all the key areas, traditional broadcast, digital radio, and great social media, a station can be confident in their listeners innate love of radio for years to come.